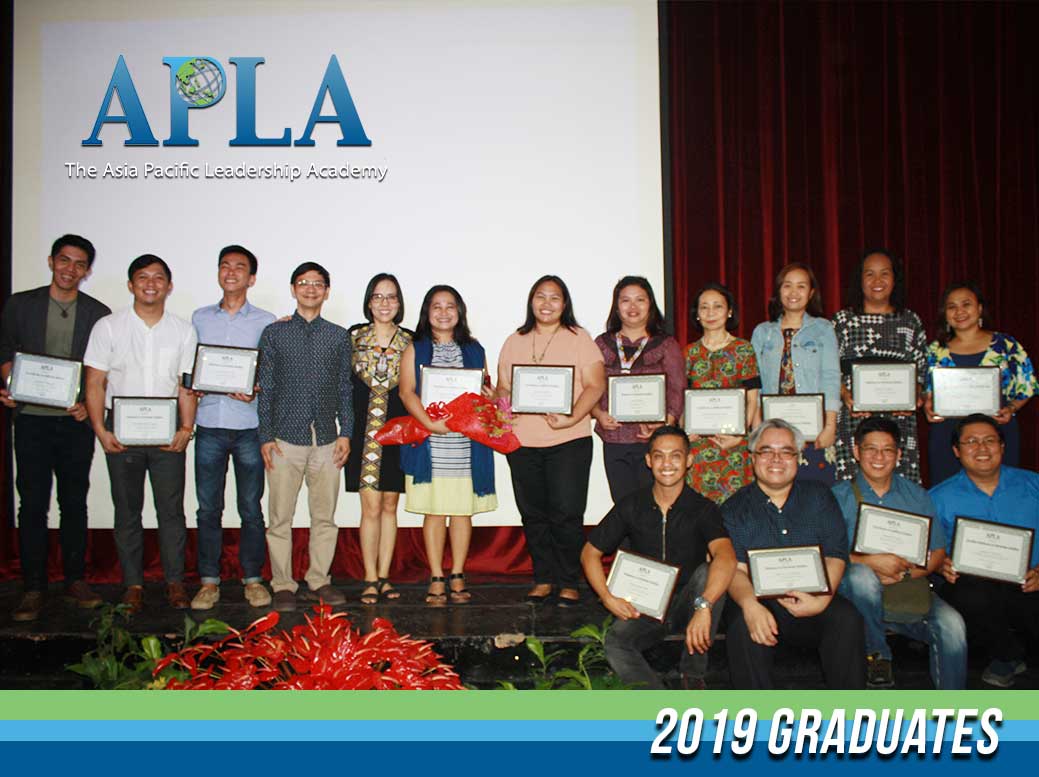 Davao City, Philippines — A total of 24 disciples from all over the International Churches of Christ (ICOC) Philippines graduated with diploma and certficates from the Asia Pacific Leadership Academy (APLA) last August 25, 2019 during ICOC Davao's 25th anniversary service at the CAP Mini Auditorium in this most livable city in the country.

Monica Estioco, who was one of the top two graduates this year (the other one being John Dolina), gave all the glory to God in her speech. She thanked "Manong Rolan and Ate Weng Monje for their unceasing devotion to teaching the Word and equipping the church" as well as her family and Baguio Church for their encouragement, patience, and prayers.

"Finally, to my fellow APLA students, I thank you for your encouragement and inspiration, for being my friends and partners in this very noble endeavor of growing in our knowledge of the Word. May we always remember that this is an honor and privilege not extended to all. May we allow the Scriptures and the lessons to truly change us, so that our lives will be a testament of God’s power to other people," she said, adding that gratitude should compel them to spread God's Word to as many as possible, so that they may also experience the miracle of a changed life.

She also urged her fellow APLA graduates to embrace every opportunity to learn, because they owe it to the brothers and sisters and the people they are helping to be trained as good stewards who can correctly handle the Word of truth.

APLA, according to its official website, was established to train leadership in Vietnam, Thailand, Myanmar, Cambodia, Laos, Guam and the Philippines.